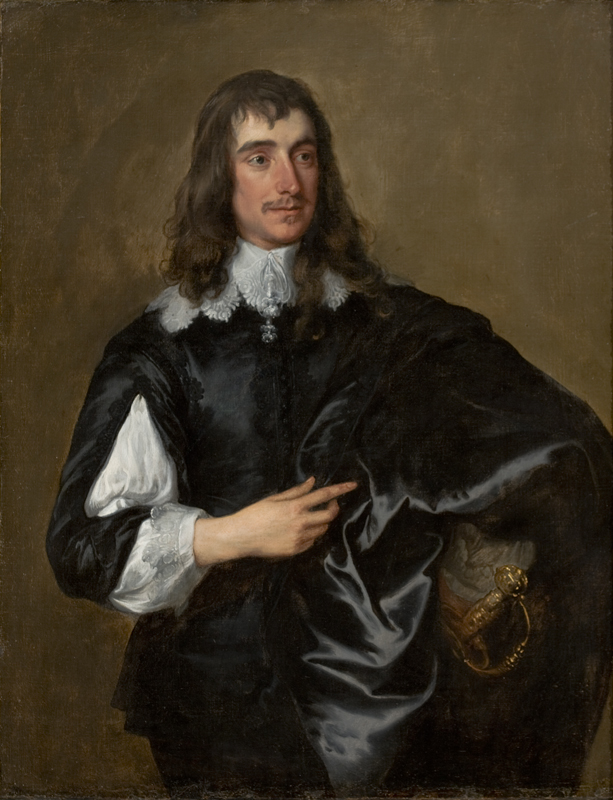 Son of Thomas, earl of Arundel, England. Grandson of Saint Philip Howard. Raised Catholic in England in a time when the faith was being persecuted.Married Mary Stafford in 1637. Viscount of Stafford in England. Baron Stafford in 1640. Exiled in 1642 for political reasons, and lived in theNetherlands. Undertook diplomatic missions in Flanders and Switzerland for Emperor Ferdinand. His family was impoverished when the English Parliment impounded his lands. Arrested in Heidelberg in 1653 and Utrect in1656 for apparently political reasons, but he was acquitted of all charges.

In 1660 his family property was reinstated, the fortunes of his family turned around, and they returned to England. Accused of complicity in the “Popish Plot”, he was sent to the Tower of London on 25 October 1678. Imprisonedfor two years before they bothered to try him, he was condemned before the trial started. Though he had no involvement in the “Plot”, he was martyred for being an influential, high-profile Catholic.

Viscount Stafford, martyr; born 30 November, 1614; beheaded Tower-Hill, 29 December, 1680. He was grandson of the Venerable Philip Howard, Earl of Arundel, mentioned above, fifth son of Earl Thomas (the first great art collector of England), and uncle ofThomas Philip, Cardinal Howard. Brought up as a Catholic, he was made a knight of the Bath, at the coronation of Charles I, 1 February, 1626, and married Mary, sister of the last Baron Stafford, October, 1637; the title was revived for him 12 September, 1640, and he was immediately afterwards created a viscount. He is said to have joined the royal army during the Civil War, but perhaps erroneously, for in 1642 he was in Holland, attending the exiled royal family and his mother and father. He was also employed by the Emperor Ferdinand in missions to Flanders and Switzerland. After his father's death, 4 October 1646, many painful quarrels with his nearest relatives ensued. The Howard properties in England having been sequestrated by Parliament, thefamily was much impoverished, and William's eldest surviving brother, Earl Henry Frederick, was induced to commence a series ofunjust and vexatious suits against his mother, and practically robbed her of her dowry. William, as her representative, was involved in these painful and prolonged quarrels, and even after both mother and brother had passed away, his cousins and their agents continued against him a quasi-persecution for several years.
The details of these transactions are obscure, but it would seem that the viscount was, under foreign law twice actually arrested, at Heidelberg, July to September, 1653, and at Utrecht in January, 1656, in the latter case he was acquitted with honour, though the charges, of which the particulars are not now known were insulting and vexatious (Stafford Papers, 15 January, 1656, see below). In these troubles his most dangerous opponents were perhaps Junius and other literary adherents of his father, who were claiming manuscripts and rarities from the Arundel Collections in payment of their debts, while Lord William successfully proved that those collections were not liable to such charges. Though they lost, they continued to write bitterly of him, and these complaints have found a permanent record in the diaries and other writings of Evelyn, Burnet, Dugdale, etc. After the Restoration, 1660, his rightswere firmly established and his life within his large family circle must have been extremely happy. The brightest hours were perhaps those spent in conducting his nephew Philip to receive the cardinal's hat in Rome (1675).
Three years later Oates (q.v.) and his abetters included Lord Stafford in their list of Catholic lords to be proscribed, and eventually he was put first upon the list. It has been supposed that this was done because his age, simplicity, and the previous differences with other members of his family suggested that he would prove comparatively easy prey. On 25 October, 1678, he was committed to the Tower, and it was more than a year before it was decided to try him. Then the resolution was taken so suddenly that he had little time to prepare. The trial, before the House of Lords, lasted from 30 November to 7 December, and was conducted with great solemnity. But no attempt was made to appraise the perjuries of Oates, Dugdale, and Tuberville, and the viscount was of course condemned by 55 votes to 31. It is sad to read that all his kinsmen but one (that one, however, the Lord Mowbray, with whom he had had many of the legal conflicts above here noticed) voted against him. His last letters and speeches are marked by a quiet dignity and a simple heroism, which give us a high idea of his character. His fellow prisoner and confessor, Father Corker, O.S.B., says: "He was ever held to be of a generous disposition, very charitable, devout, addicted to sobriety, inoffensive in words, a lover ofjustice." A portrait of him by Van Dyck belongs to the Marquess of Bute.
Pollen, John Hungerford. "Ven. William Howard." The Catholic Encyclopedia. Vol. 7. New York: Robert Appleton Company, 1910. 29 Dec. 2017 <http://www.newadvent.org/cathen/07504a.htm>.
Transcription. This article was transcribed for New Advent by Michael C. Tinkler.
Ecclesiastical approbation. Nihil Obstat. June 1, 1910. Remy Lafort, S.T.D., Censor. Imprimatur. +John Cardinal Farley, Archbishop of New York.
SOURCE : http://www.newadvent.org/cathen/07504a.htm

Born 1616; died in London, England, in 1680; beatified in 1929. Viscount William of Stafford was the grandson of Saint Philip Howard. He was accused of complicity in the "Popish Plot" and after being imprisoned for two years was beheaded on Tower Hill (Benedictines).